My Life in the Circus has Begun! 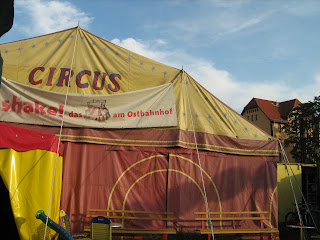 It's midnight.  I got home half an hour ago from my first gig in Berlin, Zir Couplet Varieté at imShake! tent at Ostbanhof.  I just have to blurt it out: I SLAUGHTERED this audience!  They would not stop laughing!  It was hard to go on to the next part of the act because they just wouldn't stop!  It was my first time performing this work in a venue that wasn't "queer" or alternative in some way, and you know, it was better!  They where not expecting me to go there, so when I did, it was all the more outrageous!  And I learned so much about what I was doing from this audience.  My character, this poor, sweet, confused clown who just wants to be loved, she is a child!  She has no idea that what she is doing might be inappropriate.  There is nothing sexual or erotic going on for her, just what feels good and what does not.  There's nothing in my 8 minute solo piece (see www.harveyrabbit.net if you don't know what I'm talking about and want to)  that is inappropriate for children.  And I really feel that way after performing for a mainstream audience this evening.

I'm getting the DVD of this performance in the coming month and will post it for you to witness. 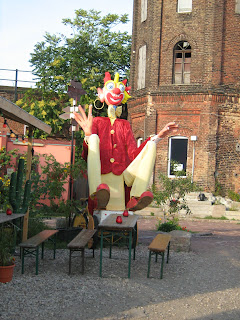 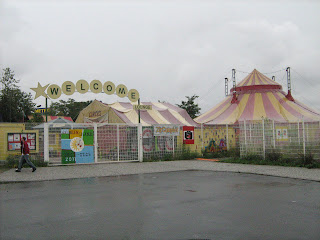 The cakedance, well, the puppet is a constant work in progress and in need of seemingly constant repair.  I've only been working with it for a couple of weeks, so there is still a lot of discovery that can happen with that.  It didn't bomb, but it was "interesting," as in the audience watching but not laughing so much.  The best part is that I get to do it again tomorrow! 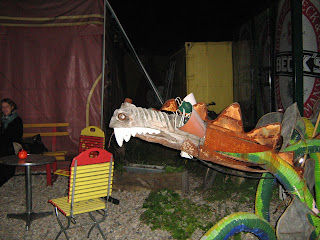 I really want to write about all the amazing people I met and tell describe for you the incredibleness of the environment, but I am just dead beat, so here are a few half-assed pictures.  This tired-assed clown is going to bed.  (well, i'm finishing my delicious german bier first.) 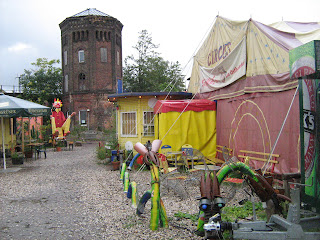 Posted by WhatIsWrongWithThesePeople at 12:46 AM